Frostbite is trauma that occurs due to prolonged exposure to freezing temperatures and actual freezing of the intracellular fluid and other bodily fluids within the interstitial spaces of the body. Frostbite is an extremely dangerous condition that results in vascular, tissue and eventual cellular damage if not properly treated.

The most common body parts that are frequently affected by frostbite include the feet, hands, nose and ears. Frostbite can range from first degree which is usually identified by redness and erythema to fourth degree frostbite that permanently destroys the affected tissues. 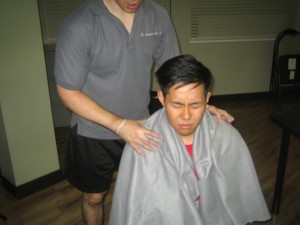 Frostbite almost always occurs during winter seasons and/or in regions where the temperature falls below freezing. Extreme mountain climbers, for instance, who scale high mountains such as Mount Everest and get caught under snow blizzards without insufficient insulation are among the top victims of frostbite. Moreover, people who are exposed to prolonged periods of extreme cold especially in the winter season are also the most common reported cases of environmental emergencies in emergency departments during winter.

A frozen extremity will appear to be rigid, cold and insensitive to touch. The appearance of a frostbitten extremity will look white or mottled blue-white. The extent of injury from the exposure to extreme cold is not always initially known until a comprehensive narrative history of events is given. The victim’s narrative of the incident should include an estimate of the environmental temperature, the duration of the exposure, humidity and the presence of wet conditions.

The goal of emergency management of frostbite victims is to restore baseline body temperatures as quickly as possible. Constrictive clothing such as belts and scarf as well as jewelries that could impair circulation are removed. If the lower extremities are affected, the victim should not be allowed to ambulate. Instead have the individual lay down on a comfortable position while waiting for medical help.

If the individual requires transport, do not initiate re-warming because once the victim is placed in a transport vehicle re-warming procedures might be intermittently disrupted. In addition, any additional cooling or freezing experience will drastically damage the already frozen and injured body part.

Controlled and rapid re-warming must be initiated upon arrival to a medical facility. The extremity is usually placed in a 37-40 degree circulating bath for 30 to 40 minute cycle. This procedure is repeated until circulation is effectively restored. During re-warming procedures, pain relievers are usually given because this procedure is often very painful. To avoid added mechanical injury, the body part must not be touched or handled if necessary. Massaging the frostbitten part is strictly contraindicated.

Once the frozen part is efficiently re-warmed, it must be protected from further injury and is elevated to help control swelling and edema. A sterile gauze or cotton is placed in between the affected fingers/toes to prevent maceration of the healing tissues. A foot cradle may be used to prevent contact with the bed/linen upon recovery.

After re-warming procedures are completed and the victim shows positive signs of recovery, a member of the ED team, usually the ED nurse will advise an hourly active range of motion exercises of the affected extremity to promote blood circulation and prevent contractures. Additional health instruction upon discharge include avoiding tobacco and alcohol because these products allow vasoconstriction of the blood vessels  which can further impair the already deficient blood supply to the recovering tissues.