The young brothers quickly performed CPR to save their grandmother who was having a cardiac arrest. Grayson Wu, 7-years old knew there was something […] 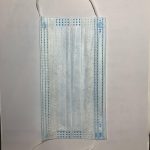 Most Winnipeggers complying with mandatory face masks on transit buses

Nearly two weeks after face masks became mandatory on Winnipeg city buses, most riders seem to be following the rules. Both the transit union […]

A mall security guard performed CPR and used an AED to save a life. Pamela Morgan collapsed in Semiahmoo Shopping Centre but was saved […]

A man died despite receiving immediate CPR after a snowmobile accident

A Nanaimo man died despite the delivery of CPR after a snowmobile accident on hardened snow. The incident occurred near Whistler’s Mt. Callaghan. The […]