Sagebrush: What are the signs of an allergy?

Sagebrush allergy can trigger symptoms the same as ragweed allergy. Individuals who are allergic might have the same pollen allergy triggers in the Compositae family. The sensitivity to the proteins common in these plants triggers the signs of hay fever if the airborne pollen is inhaled during the pollination season.

The symptoms are likely to manifest during late summer season or early fall once sagebrush releases pollen grains into the air. Highly sensitive individuals usually end up with pollen allergy signs or seasonal allergic rhinitis if a maximum level of allergens was ingested. The release of antibodies and histamine into the bloodstream produces the same inflammatory effects that occurs in all forms of hay fever.

What are the signs? 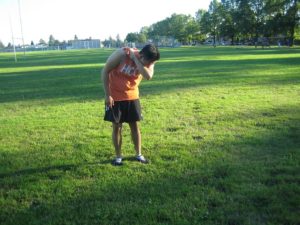 Generally, sagebrush allergy triggers itching in the ears, eyes, mouth, face and throat. Other symptoms that might be present include:

What are the potential effects?

The episodes of hay fever can last if the individual remains in an environment that has certain levels of the sagebrush pollen. Due to this, it is recommended to change location during the peak season of ragweed or sagebrush especially those who are prone to severe symptoms.

The effects of sagebrush allergy can also be mitigated by remaining indoors under filtered air conditioning that controls the quality of air.

The symptoms can be controlled using medications such as decongestants, antihistamines and nasal steroids. Nevertheless, limiting exposure to the sagebrush pollen is vital.

During the peak pollen season, it is recommended to limit time spending outdoors before 10 AM due to the increased level of pollen during early morning. Bathing or showering as well as changing clothes after spending time outside limits the buildup of pollen indoors. Additionally, allergy shots can also provide continuous protection in some individuals.