What you need to know about the side effects of seizures

Seizures involve abnormal electrical activity in the brain that momentarily interferes with the functioning of the brain. This condition can cause symptoms that can either be mild or severe. It is important to note that seizures can also occur among newborns and children, especially from febrile seizures. Take note that seizures can cause several side effects that you have to be familiar with. By taking a course on first aid training, you will learn how to properly help out an individual experiencing a seizure.

Individual who experience severe seizures that do not comply with treatment will have a shorter life expectancy and a higher risk for impairment of the cognitive function, especially if the seizures started during early childhood.

When it comes to the focal seizures or partial seizures, they occur in a specific region of the brain. Most individuals with epilepsy experience focal seizures. It is important to note that these seizures are described based on the area of the brain where they originate. During a minor focal seizure, the individual remains awake but experiences strange sensations or feelings that can manifest in various forms.

As for generalized seizures, they are triggered by the irregular neuronal activity on both sides of the brain. Once these seizures occur, they can cause falls, loss of consciousness or even severe muscle spasms. 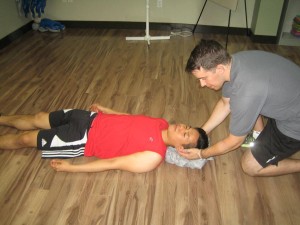 Individuals who fall while experiencing a seizure can end up with broken bones or sustain a head injury.

Side effects of seizures

Depending on the type of seizure experienced by the individual, there are some side effects that can occur.

Individuals who experience grand mal seizures or other types of seizures that involves loss of control or consciousness can end up injured during a seizure episode. Those who are prone to suffer from grand mal seizures must use flotation devices if they are going to swim to prevent drowning from occurring.

Individuals who fall while experiencing a seizure can end up with broken bones or sustain a head injury. In some cases, individuals could not drive until the seizure has passed for a certain period of time. This will help minimize the risk for a seizure-related vehicular accident.

Damage to the brain

Take note that sudden death can occur in an individual with epilepsy without any indication of a previous seizure. There is no cause of death as well as any evidence of seizure activity. There are certain factors that can contribute to sudden death such as not taking seizure medications as directed and excessive intake of alcohol. Those who have a long history of using two or more medications for seizure, especially if taken along with psychiatric drugs are at high risk for sudden death.