Beta blockers: What are the long-term effects?

Beta blockers are drugs given to control high blood pressure with an added benefit of providing protection against heart disease. These drugs work by blocking the signal that the brain utilizes to make the heart beat more rapidly. As an outcome, individuals who are using the drug have a heart that beats slowly which lowers the blood pressure and relieves the strain from the heart.

Close look on the long-term effects of beta blockers

One of the long-term effects of using beta blockers is minimal weight gain. Individuals who are using the drug gain an average of 2-4 lbs. The precise way the drugs cause weight gain is not fully understood, especially since it occurs over a long time. 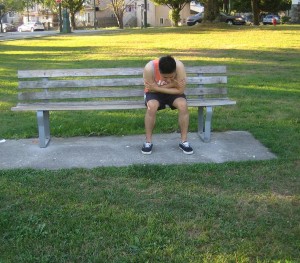 It is believed that beta blockers trigger a slowdown in the metabolism of the body which results to reduced burning of energy, thus the individual gains weight. The weight gain can be prevented or avoided with diet and exercise.

Exercise tolerance is a side effect of beta blockers that is associated to weight gain. It is important to note that beta blockers work by blocking the signal that causes the heart to beat rapidly. Nevertheless, a faster heartbeat is vital during physical activity since it increases the blood flow to the muscles.

As an outcome, individuals using beta blockers might have diminished capability during strenuous activity. Some might feel nauseated or end up vomiting after physical activity.

Effects on the cardiovascular system

Since beta blockers work on the brain and nervous system, the organs must adjust to the presence of the drug over time. It simply means that abruptly stopping the drug can lead to rebound hypertension. This is brought about by the adjustment made by the brain on its signals to the heart due to the drug that partly blocks these signals.

When the drug is gone from the body, the brain continues to send these strong heart-pumping signals which can lead to high blood pressure and additional strain on the heart. In addition, the beta blockers also trigger a slight increase in the triglyceride levels as well as a drop in the HDL (good cholesterol).