Blisters: Why do they form on the base of the foot?

Blisters are generally small-sized, bubbles filled with fluid that manifest right under the skin. The presence of blisters has been a common reason of foot pain, particularly among runners and other athletes. Blisters usually manifest on the bottom of the foot but can also develop throughout the sides or on the top. Any injury to the skin or condition can cause the upper layer of the skin to separate from the middle layer, dermis and the space amidst the skin layers fills with fluid as a protective measure.

In most circumstances, blisters form due to pressure and friction, possibly from wearing shoes that are too tight or repetitive rubbing. Always bear in mind that a blister contains clear fluid, but if an injury occurred, it might contain blood.

A burn can also cause the formation of blisters. In case the blister occurs from a burn and becomes infected, it might contain pus. In most circumstances, the treatment involves proper care of the blister and possibly releasing the fluid in order to reduce the pain.

Dyshidrotic eczema is a condition in which small-sized blisters erupt on the base of the feet as well as the palms in the hands. This type of eczema is quite common among women. 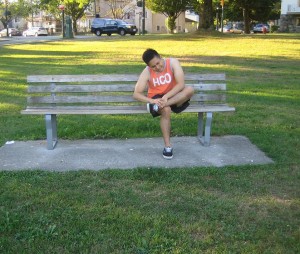 Blisters usually manifest on the bottom of the foot but can also develop throughout the sides or on the top.

The blisters become severely itchy and can last for up to 3 weeks and quite prevalent during certain times of the years, particularly among those who suffer from seasonal allergies. Take note that these blisters crack open as they heal and leave behind patches or scaly, dry skin. The treatment involves steroid creams and oral antihistamines.

Athlete’s foot or tinea pedis can also be considered as a cause of small-sized blisters on the base of the foot. This infection develops once a particular type of fungus grows on the skin. The fungi thrive in moist and warm areas such as the feet.

The skin forms miniature blisters that initially itchy and later on break open, forming a crusty rash. Athlete’s foot can be remedied with a variety of over-the-counter anti-fungal medications.

Contact dermatitis can lead to the formation of blisters on the base of the feet as a response to an allergen. Dyes and chemicals that are utilized in sock and shoe manufacturing, fragrances in soaps and detergents as well as topical and oral medications can lead to the development of blisters.

They can also develop as a response to poison ivy exposure. The treatment typically involves the application of calamine lotion as well as topical or oral antihistamines.

There are various conditions that can trigger the formation of blisters on the base of the foot. Hand, foot and mouth disease is basically a viral condition that affects some children. Aside from the blisters on the feet, they also develop on the hands as well as sores in the mouth.

Epidemolysis bullosa is a genetic condition that is characterized by the formation of blisters due to exposure to slight amount of pressure, especially on the soles of the feet. Some individuals who have diabetes can suffer from this condition which is considered as a rare skin condition in which blisters manifest on the base of the feet, legs and hands.