There are certain precautions that must be observed when using over-the-counter drugs that you should be familiar with. Certain groups such as young children, the very sick, the elderly and pregnant and breastfeeding women are susceptible to harm when using medications, including the over-the-counter drugs. When these drugs are used, special precautions including supervision by a doctor are required.

The best way to avoid the detrimental drug-drug interactions is to consult a doctor before using both over-the-counter drugs and prescription variants. Those who have chronic conditions must also consult a doctor as well.

Over-the-counter drugs are not created to deal with serious conditions and can even make some conditions worse. An unforeseen reaction such as rashes or insomnia is an indication to stop using the medication right away and consult a doctor.

Children metabolize and react to drugs in a different way than the adults. A drug can be used by many individuals for many years before its hazards to children are discovered. 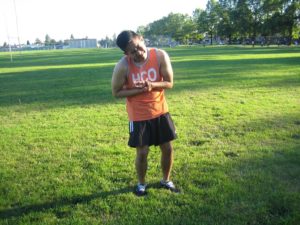 An unforeseen reaction such as rashes or insomnia is an indication to stop using the medication right away and consult a doctor.

Providing the right drug dosage for a child can be tricky. Even though the doses are often expressed in terms of age ranges, age is not the best measure. Children vary in size within any age range, thus it is best to use the weight of the child to determine the dosage when giving over-the-counter drugs.

The normal aging process hastens the speed and ways in which the body metabolizes drugs. Older individuals usually have more conditions since they use more than one drug at a time. Due to this, older individuals are more likely to experience side effects or drug interactions.

Drugs can move from a pregnant woman to the fetus as well as transmitted via breast milk to a baby. Some drugs can affect or harm the fetus or baby, thus pregnant or breastfeeding women must consult a doctor before using any over-the-counter drugs.